Everyday, we pass by hundreds of interesting places, and from time-to-time, guests will ask us where they can learn more information. Here are a few links to some of the landmarks and sites we visit and talk about during the tours.

Biltmore Hotel - The Biltmore Hotel was designated a National Historic Landmark in 1996. The American Association of Architects placed the building on its list of Florida Architecture: 100 Years. 100 Places.

Kampong Gardens - The Kampong is an 11-acre tropical garden in the Coconut Grove neighborhood. The living collections include tropical fruits including pomelo, 23 types of avocado, and 65 varieties of mango, palms, flowering trees, ficus, aroids, and bamboo.

Art Deco District - The Art Deco walking tour provides an introduction to the Art Deco styles found within the Miami Beach Historic Architectural District. Explore hotels, restaurants, and other commercial structures with a visit to a number of interiors.

Miami Movie Reviews - Learn about the great (and not-so-great) movies and TV shows set in the area.

True Crime Stories - Although true crime often centers on sensational, or shocking stories, another part of their appeal is social realism that describes events too mundane, risqué or deviant for other non-fiction media.

The Making of Scarface (Photos) - More than twenty-five years after Scarface was filmed on South Beach, the impact of the movie on popular culture still remains.

Versace Mansion (Video) - The former Miami, mansion of slain fashion icon Gianni Versace is one of the most photographed houses in the US.

Miami Zombie Attack - First photos show Miami Zombie attack victim up and walking with help of hospital staff. Doctors say the victim may have been accidently shot by cops, too.

The House of Spies - It seems incredible that the CIA used the house for secret operations at the height of its covert war against Fidel Castro in the 1960s.

The Old Boots - Las Botas Viejas (The Old Boots) is a replica of a sculpture displayed in Cartagena at the San Felipe Fortress, overlooking the city and harbor..

Coral Gables in the 1950's (Video) - Take a walk down memory lane with this fun video about Coral Gable, one of America's most beautiful cities.

FDR's Assasination Attempt - On February 15, 1933, President Franklin Roosevelt was giving an impromptu speech from the back of an open car in the Bayfront Park area of downtown Miami, when the assassination attempt occurred.

Pan Am Clipper Airplanes (Video) - Dinner Key in Coconut Grove served as a base for Pan American World Airways's flying boats during the 1930s and 1940s. It was one of the world's largest airports and the main hub for air traffic between North and South America.

Jim Morrison and The Doors - The Doors concert at the Dinner Key auditorium in Coconut Grove is generally considered the beginning of the end of the life and career of Jim Morrison.

Everglades Restoration - This multi billion dollar project is one of the largest restoration efforts ever undertaken. Over a 40 year time frame, the restoration will attempt to replicate the natural distribution of water to what remains of the Everglades.

Tamiami Trail - Highway 41 - The Tamiami Trail is regarded as one of the most scenic highways in Florida. The name was taken from the two cities it connectedTampa and Miami.

Burmese Pythons - For well over a century, exotic snakes have been rumored to prowl the Everglades. Today, however, rumors have turned into a reality.

Floridian Aquifier - As a result of the aquifer, it is not possible to dig more than 10 feet beneath the city without hitting water, which impedes underground construction. For this reason there is no subway system in Miami.

Get your FREE travel planning session

Are you planning a trip to Miami? Contact us and we will discuss your travel goals, suggest ways to save money, and offer tips on how to avoid some of the common mistakes. (Others charge up to $100 for this.)

What people say about us 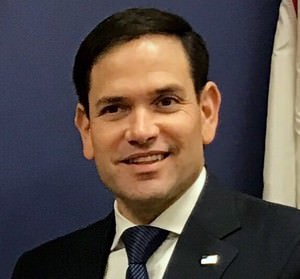 "An outstanding example of Florida hospitality."

Learn about our company

Planning is easy with these FREE resources

See our clients and reviews